I’m just worried that in the case of an event, the gameflip staff might mistake the photoshopped image as a real trade. I recorded in advance and took many screenshots whereas their only evidence is two photos.

As you can see: below is the photo they photoshopped and sent as “evidence”, the name font doesn’t match the font the game uses and if you zoom in, you see my username floating a couple pixels above (not aligned properly with the trade with text) My display name is Den (goldenchan is my username)

The font is skinnier and not the same color.

Then this is the font that the game uses: see the name is the same as the “trade with”.

This seller was a new seller, and I only bought because the description made it seem legit, and I’m just worried because I spent a hundred dollars on an item I never received. If any of you have been in a dispute before, are the gameflip staff usually able to differentiate between photoshopped images?

I’m glad I recorded that I didn’t receive any trade so I have video evidence which I uploaded to YouTube but this seller really scared me by putting up these fake photos. Three people here have tried to scam me but usually once I pop up with photo, video evidence, they just immediately cancel the order, but this time this seller was really stubborn

and kept insisting she did send the trade even though it took her an hour to respond to my message… because she saw my dispute but she didn’t want to respond because “I seemed bad”. Then an hour later she posted this photoshopped pic after I already posted evidence of not having a trade sent. I’m so stressed. It’s been 2 weeks of no response.

I understand the staff is probably busy since they have lots of orders to go through, but this particular case is just nerve wracking because of the reasons I highlighted above… and I really enjoy gameflip usually, because it’s one of the only sites where you don’t have to worry about chargebacks and most sellers and buyers are trustworthy.

Here is a better example with a username and display name next to each other so you can see just how photoshopped it is.

Also: closeup to show the letters are not aligned at the correct pixels.

The @ symbol used is a different font and has more slant… since I worked in graphic design before, I spot these things more quickly. The bottoms of the g’s are not curved the same. And because the font used in a non-edited trade window is all a uniform font but in different weights, the edited font doesn’t pop out too much initially, but with closer observation at the font used, it becomes jarring to look at. The hanging alignment of the ui starts to clash because of the difference in visual weight.

Could you please provide me the order ID so I can check?

Also, if you haven’t done already, please share this information with our dispute team so they could verify with the information they already have on the case.

Here is the order ID!

There’s more than just photoshopping, I have a video where they’re using the item they supposedly sold to me cause I think they got tired of waiting for the dispute

Here is the other post I explain in more detail:

Update to the malicious case with scammer: Seller is using the item they “sold” to me

50cc77b4-4eea-4907-a7e2-66f2a1b07f1b The scammer actually created an account with my name except with an letter i instead of L in goldenchan (3rd letter) She was also retransferred the item back to her account, and since it’s still in her account: serial #. This proves she has the item… Below IMAGE is my account [image]Rolimons is not an official website affiliated with roblox but it is an internet archive site for roblox. This is easily verifiable information and all information on rolimo…

I also linked this video with the staff already: 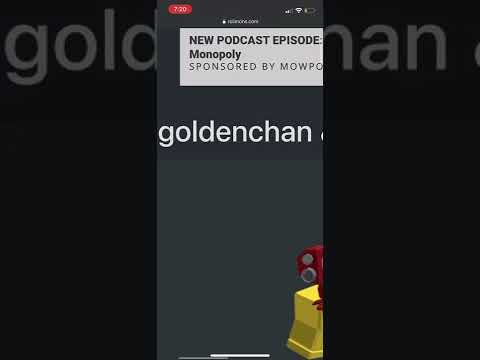