Isn't this against the rules? 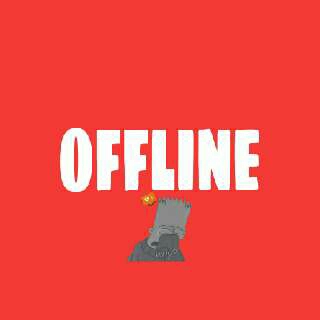 About Bucktown Shop - 😎HELLO😎....WELCOME TO MY SHOP😎 WHEN MY PROFILE IS ONLINE DELIVERY TIME CAN BE ANYWHERE FROM (1MIN TO 1HOUR) PLS BE PATIENT U WILL GET YOUR ORDER^,^..... ALL TRAPS I SELL ARE 130 GOD ROLL WHEN MAKING A PURCHASE PLS BE SURE...

I’m setting aside the fact that this guy is constantly posting with api 24 hours a day even when he’s offline, but isn’t it against the rules to sell bundles of random items? There’s no description at all hes just throwing random guns at his customers

Yes it is against rules.

but isn’t it against the rules to sell bundles of random items?

Any listing that is created without identifying the exact item that will be sold is prohibited on Gameflip.

Creating listings where the Buyer has a “Random”, “Chance”, or any sort of probability of items receive will fall under this. Listings that do not identify the item to be sold will be deleted and any accounts associated with the listing may be suspended or banned."

You could report him via ticket to Support.

He’s already been reported for “mixed”traps and warned, after that looks like he moved onto to guns.

That’s the problem people get warned for one thing then they try to cheat the system by not putting a description at all. We all know these are random weapons weather he puts “random or not”

There is still no description specifying what the buyer will be receiving or if the buyer can choose their weapons, and that’s what makes it against the rules.

Bundle | buy this if you trust - In-Game Items - Gameflip

I will give you the best items in rocket league promise.Type: Custom

About RoXe - Hi im RoXe .I sell a lot of stuff rocket league items and fortnite..Let me know if you need anything i will help you

As @Sparkling_Juice has stated, Any listing that is created without identifying the exact item that will be sold is prohibited on Gameflip.

Creating listings where the Buyer has a “Random”, “Chance”, or any sort of probability of items receive will fall under this. Listings that do not identify the item to be sold will be deleted and any accounts associated with the listing may be suspended or banned.

Are you new moderator, right?

I’ve seen sellers price these items to a ridiculous price such as $999.99 for example, so that no buyers would buy it. In the description it says “Do not purchase this listing, please comment on this listing in regards to what you would like to purchase” or something along those lines. Would this be against the rule still?

Listings that do no state the exact item cannot be posted on Gameflip.

The listing must clearly show what the item(s) is. A listing that doesn’t show the item(s) which someone can buy is not allowed.

@Aeralo
can you tell me pls, is any seller on gameflip can update his listings non stop 24/7?

Most to All sellers will post and deliver when they are available.

Gift card sellers that utilize the instant code option will not have to be online to deliver it to the buyer.

Unless there is a business or a profile with someone occupying it 24/7, all other profiles won’t deliver unless they are online.
You can contact the sellers for more info.

But if that seller spaming 24/7 even he OFFLINE, he selling items in rocket league for ps4, does this violate the rules of gameflip? Can i do the same?

Can you give me the link to the seller’s profile?

The API is there to be used as a quick way to post listings when needed.

If a seller is posting consistently and not allowing other sellers’ listings to be seen, they could receive a warning.

I would advise against doing so, only post once every 30 seconds or so.

I think it is

The team has discussed about this issue with the “mixed” listings and the conclusion is that they are allowed, if the items that are being sold in the bundle do the same action in-game and in the same game.

All the traps are made to cause damage to NPC zombies inside Save The World. The only aspect that changes is the visuals on each trap, but all of them have the same functionality, which is to defend a certain area of the game and cause damage to NPCs.

In case a user wants certain traps, then they would need to request on the listings comments to verify if the seller is able to provide that certain trap.

Hope everyone has an awesome day!

Say you were to get a neutral or negative rating because you gave the buyer a mix the buyer maybe didn’t like, will you guys then remove the rating ? since it’s allowed to give them “mixed traps”
most of these mixed bundles don’t allow you to choose they can be a mix of only 2 kinds of traps.
So main question is will you guys remove the silly ratings that might come with such listings or is it post at your own risk?

I understand your point.

Well I don’t see any problems in removing these ratings, since the buyer should be aware that they are mixed types.

It would also be good to simply inform in the description that the traps (types) cannot be chosen. This way it is easier to remove negative ratings in these types of situations.

Understood! Thank you, close the topic if ypu feel the need.

Have an awesome day!